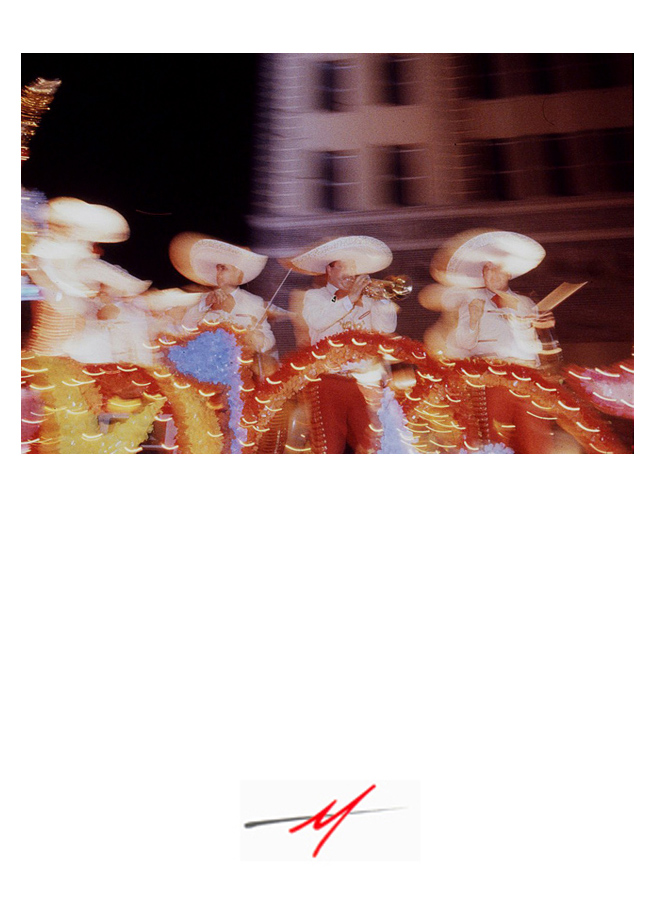 This image taken about 1995 or so, long time ago, and still relevant.  I got a friend to drop me off near the parade route about 8:30 and I finish walking and shooting about 11:00.  Lots of walking and shooting, but I was in shape, and I enjoyed myself…, figured I walk about 20 miles in all.  A pretty night, lots of pretty girls in pretty costumes.  Funny how to just have a camera in your hands and people will preform for you.  I was the only one who knew I was “dragging the shutter” and maybe there would be no usable images, then again I loved what I got and even sold one. 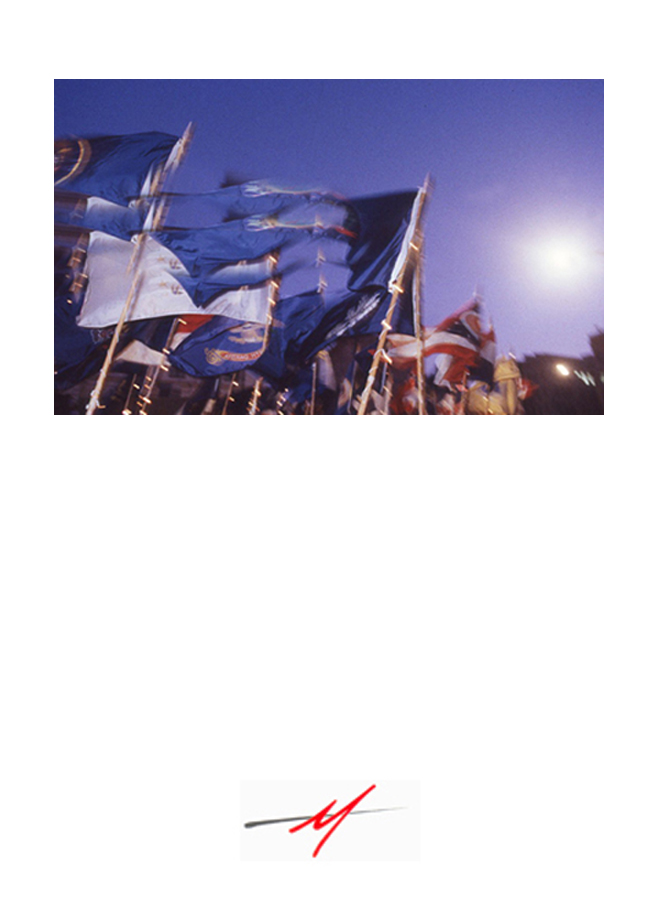 Liv Sage is a wonderfully talented young artist and model who has seen a phenomenal reception in the photo world in the past year and a half. Freckled and red haired, belie the old soul that resides in this diminutive intelligent woman.  Working in close relationship with several photographers she has build a very impressive body of work as well as a even closer bonds.

“Sometimes I wish there were more things I cared about, and that I cared a bit less about the things I do care about. Being spread like thin elastic over many things, and having them push and pull against me would be preferable to pooling in one place like water to be tossed about by that one thing I care about.”

Would you give us a quick peek at your background, education, how you looked at life as a child and as a young woman.

Liv:  “A quick peek would be…I am relatively well-educated. I consider my background to have been a good one, and I love my family but do not discuss them publicly.

How I look at life has varied throughout different parts and pieces of it. This is dependent on age, location, and all sorts of circumstances, so it would be a bit difficult to say I have a specific outlook on life as this is so context dependent. I’m curious and observant. This is an easy thing to say, so I’ll define my outlook in those two words for now.”

Studying your Tumblr site, I notice you have made inroads into the photography community in record time.  What do you feel is the draw besides your youth and that perfection of youth.

Liv:  “Well, I don’t know whether ‘perfection’ is actually a characteristic I possess, in fact I’d claim exactly otherwise. But, in terms of making inroads, I try to exercise good judgment about what sort of work I do, who I work with – especially on a consistent basis – and how I conduct myself professionally.

But, I think it’s necessary to note that I’m not as young as I appear. I’m closer to 30 than to 20 at this point, which I don’t consider a bad thing. Arguably, this has also been an asset to me in choosing good work and exercising good judgment. This isn’t to say that it isn’t possible to do so at a young age, but I would say, for myself, my judgment and sense of self worth has become better as I’ve gotten older.

I’ve been told that the draw to working with me is my taste – i.e. who I’ve chosen to work with, what type of work I prioritize, and my artistic tastes.

And then, of course, there are people who hire me for my hair color alone. Which is completely fine, and I understand why that would be a draw as well.”

I am duty bound to ask about your body hair; as a young man I had a girlfriend who also decided to forgo the razor and the effects were fascinating to watch.  How do people react to you?

Liv:  “You are duty bound to ask? Who is the one holding you accountable for the asking?

I’ll end my sarcasm there and just say, people are almost always fascinated by it, not always in an appreciative way, but fascinated nonetheless. It doesn’t bother me either way and a criticism of something like that won’t sway my opinion on it one way or the other.

So, I mostly tend to ignore the reactions altogether unless there’s a particularly funny reaction. I think my favorites are the ones who identify me by my pubic hair alone, as if it’s more than a physical attribute but rather an indication of who I am as a person. This is a funny concept to me, and I don’t know how they came up with such an odd idea.”

One can’t help but notice you get a lot of comments about pubic hair, but not many after you asked for all comments to be made in the form of a limerick.  What do you think that says about the commenters?

Not as interesting as you likely thought. Though, some of the limericks were sort of clever – which was also a demand. You had to write a good limerick. Though, no one wrote one clever enough for me to post, so I did not.

In terms of what any of this says about a commenter…Well, I wouldn’t want to hazard a real guess. Perhaps they are curious? They realized I have a box on my blog that says they can ask me anything and so they did? I don’t really think it says much of anything about the commenter other than they saw they could ask whatever they’d like and so they did. Now, why they would ask about pubic hair over all else? I’m assuming because it’s one of the first things they noticed. If I had very large breasts, I think they’d ask about that. If I had long black hair, I think they’d ask about that. If my body was completely covered in freckles, I think I’d get questions about that.

I don’t think there’s some over-arching characteristic of the people who ask these questions though.”

Also you are very generous in having your pubis photograph, in my own work I pay special at

tention to the ladies who give me great latitude to work with all parts of their body.   How much would you say that has open doors for you and how much trust does it take you?

Liv:  “Well, I’m really not. After all, the pubis is a bone that forms the pelvis inside the body. So, I’ve never had that photographed with anything other than an x-ray machine.

But, I know what you mean – I’m very generous in having my pubic region photographed. Much of this is because I have pubic hair. I will allow this area to be photographed in certain ways. Though, I do still have restrictions, which is worth noting. I don’t allow spread shots. If my inner labia, clitoris, or vagina accidentally show in a photo, I do not want the photo shown. I will never willingly show those areas in a photo.

So, I will allow my pubic hair to be photographed and to be very visible. But

, I still have my restrictions. It is not a free for all in the least.

In terms of how much trust it takes, I’m very comfortable with my body. I think that has

But, I don’t let someone photograph all areas, still. I take my own comfort into consideration depending on context.”

As your modeling career has unfolded you are working with some very good photographers.  One can’t help but notice your skill has improved as well as the emotion that comes out in the darker work.  Comment

Liv:  “I am working with very good photographers, yes. And I would consider some of these photographers to be friends. I tend to do my best work with the people I am actually friends with, and expressing emotion, from that standpoint, becomes quite a bit easier.

And, over time, it would be expected that skill has improved. I try to always eat well, get enough physical activity, understand my own body, etc. And, I’ve become more comfortable over time – with my body and with the nature of this line of work – so that has helped immensely.”

And how much is it affecting your art?  How do you feel the photography has helped you to be a better artist.  I see a growth in your modeling surely you’ve noticed a growth in your art as well.

Liv:  “I’ve become a better artist in terms of collaboration on artistic projects. Most of my previous artistic experience was done alone, so collaboration is new to me. I’ve begun to prefer this – or to at least appreciate feedback more than I did before.

In terms of whether it has helped me to be a better artist, I don’t know. I’d let someone else be the judge of that.

Though, I think modeling for artists has helped me to become a bit more inventive more quickly, and I’m less inhibited about expressing emotion than I used to be. I’d generally consider both of those to be beneficial in terms of my own art.”

Where do you see yourself in the next 10 years photographically?

Liv:  “I might have brief imaginings of what I might be or do that far ahead, but I try not to let them be more than wondering about future moments. It’s not something worth dwelling on for me as I couldn’t possibly predict anything with any certainty.

I suppose that I’ll try to make it interesting. That’s as much as I can say.”