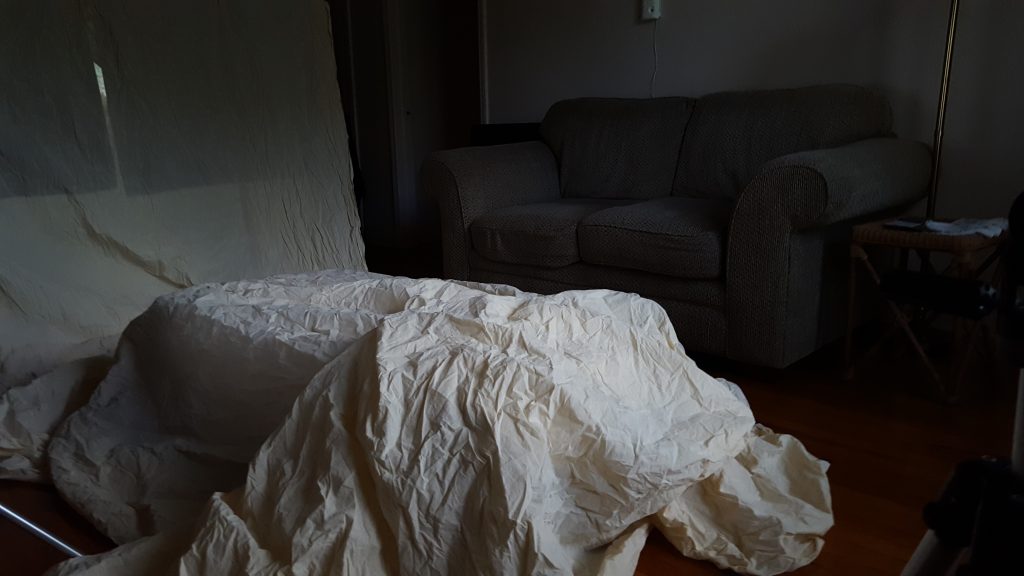 I moved into the new apartment towards the end of summer 2005. I finally had an apartment big enough to have a small studio, in addition being old enough so I had some interesting features to work in. I set about making my home/studio easier to work in, sheers on the windows. I kept the living-room/studio free from clutter, like any comfortable chairs to sit in. But I had my space to grow older, to pursue my art, and I finally had my office. Life looked very good for me, I was pleased with the plans I had, looked forward to my first shoot over the winter holidays.

That October I had the stroke that laid me low. The deal I made with my self-destructive side, take your best shot at taking me. If…, if I survive, then get the hell out of my way. Little did I count on having to try to reverse the effects of stroke. All strokes are particular to the patient, mine was a blockage in the left side of my brain. Right side of my body, flaccid, absolute paralysis. Confined to a wheelchair, only left side of my body could move. Only one side of my brain was functional, I was in deep shit.

So the deal with the devil was made, I kept to the bargain, doctors, nurses were telling all my visitors not to get too excited about any progress they saw. I on the other hand, not knowing what they thought they knew, I went ahead to try and reestablish the me I knew. Took the better part of twelve (12) years, fighting for every return to body, and mind. Now the harm to my body has healed as best it can, my two sides are now out of balance. My mind…, my mind too has healed as best it can, I count on the plasticity to seek out those pathways back to me. My brain is still injured deeply, that’s where the damage still haunts.

So the new series came as a blessing, both for mind and creativity. I have worked hard at getting the creativity back in as good a shape as possible. Enter model, muse, friend, to save me, to give me hope. It demand a model who knows me, trust me, believe in my vision…, and believes in me as a man. This my first attempt at a series of found objects in nature, and very private spaces on the female body. The working title “Natural Curves”, a juxtaposition of bark, seeds, pods…, wherever I can find in nature with there wonderful curves, set next to the bodies curves. The whiteness of her body, the darkness in the object. The play of light, darkness, enticing curves of the most intimate nature.

So with this as my background, I began setting up my home studio. It was the easiest setup I ever done, called on all my years working with the professionals. I had the depth of my living room to set the muslin background complete with a sort of drop shadow, taken from endless product shoots. I fashioned a comfortable table for my model to try different poses for the areas I wanted to use. Those areas had been determined by a test we had as to feasibility. This setup for the main event, the actual shoot where she has to hold the pose, and the object in place. We shot film as well, for the lighting, and background.

I’ve had to curb my model from posting these test shots. Next comes the hard work of the actual shoot which will be so much better, but for a test these look so good . I have to curb my own enthusiasm, more as we progress. 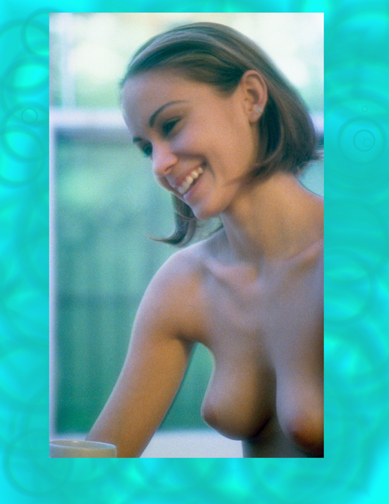 The toughie, I never smile…, ever. But she did…, having a good time, teased, played with, and loved every minute because she was treated with respect. All the older men who took advantage of a kid. I admit she was no real angel, had too many problems,and many addictions. She was a very troubled young woman, her life on a downward spiral. I worried about her, she might end up DOA, another statistic to a madly run war on drugs.

You can’t save them all, I was told. I just wanted to save one little girl child/woman. 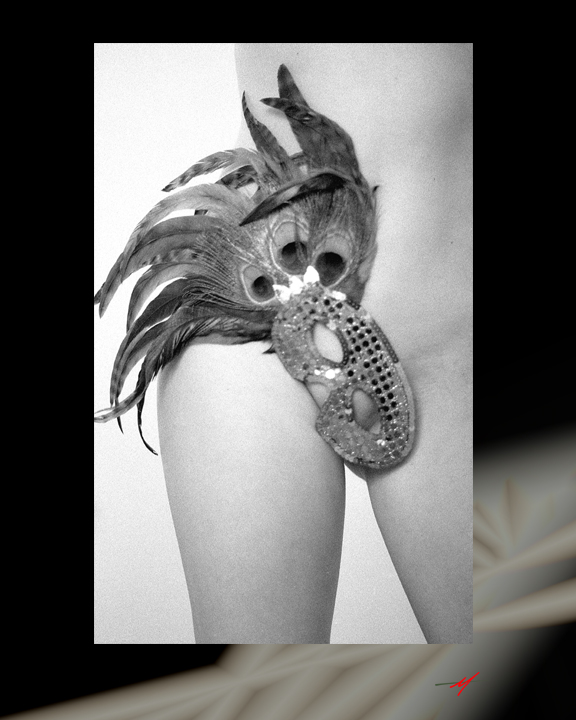 This image was shot in 2003, the model and I had worked together for sometime, getting to this image. She was by no means a professional model, fresh off the farm literally. When we first met I remember a very determined young woman weaving her way over to where I was sitting. As I watched her approach I was thinking like a photographer, very tall (good), a little awkward, part of the fresh face appeal (good/bad), wanting her dream…, so very apparent. For me the training, investment in time, and not if, but how soon would she be able to do nude work.

We agreed to meet for coffee, she had an unfortunate incident that morning, and was stuck at home, could I meet her apartment? My book has my look, and the models are in various state of undress, I never hide who I am. She asked, “how do you get them nude)? I ask, is the simple answer. So we set our first shoot, what I wanted as a photographer was clear in her mind. We worked very well, any misgiving she might of had, vanished in the face of my professionalism. We became fast friends, I showed her every piece of film I shot, I treated her with respect, and her trust level grew. The odd misinformation about what I shot for me, and what I was doing for her. Had a newspaper piece in her hometown press about a parade that she had a part in as a Bird of Paradise. All novice miscommunication, and the trust grew.

Then came the shoot that changed everything. She was getting bored with what we were shooting, any fear of being nude had passed…, and she was ready for something more challenging. I suggested a far more intimate and personal pose. Her first answer was an emphatic no, but I could see the wheels turning in her head. This was the ultimate challenge fear/fact of life she was facing. That she had consider this type of image in her thinking both worried me, and pleased me that she was considering my suggestion. To my delight she said if she was going to do this, she had to be comfortable.

So I was privileged to photograph this special moment in this woman life, freely, and without question. Oh the questions she had, that flitted through her mind, overwhelmed by wave of pleasure, and alarm. Afterwards, small ripples of pleasure came across her, and I was thinking how special this moment was for me too. I had been privileged to photograph her doing something so intimate and special. That she was a “nice” girl, a “good” girl who could be so harmed if I was not to do the right thing by her. Say what you will, it was my responsibility to hold this lady, this girl from harm by exposing her.Now years after the fact we are great friends. She never posed for anyone this way after, we’ve had the time and distance to be able to put this shoot in perspective.  I have managed to assure her of confidentiality, and my respect for what she decided to share with me.

My work really is about a partnership, a working relationship that puts the model more in touch with what is happening to their images.  Each model works with me in a collaborative manner, and no one is paid for their time until I sell.  If they choose not to give me an email address, or choose to just ignore me, they have that right to privacy; all the rights and responsibility remain in place. I will do everything I promised getting them to pose for me in the first place.  I believe that it is the only way to work. Because of the special nature of the images I take of these women we have developed a special bond that endures to this day, as do the friendship we have developed.