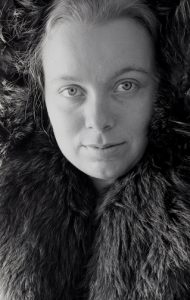 And so far away…, years in my past there was a girl, her name doesn’t matter except to me.  I used to work at a hospital, I’d come in early get a cup of coffee, wait at the window for her to arrive.  She wore what I called the string dress, made it herself had thin little straps that went over her broad shoulders.  God she wore it well, nothing underneath but panties.  A loose limbed undulating walk…, very very fluid that only the young can pull off, completely unaffected by her beauty.  I was smitten as I watched her breast gentle movements under her clothes.  She was 19 at the time, new to life, new to how things worked, and very trusting that life would work out to her favor.

Of course the fly in the ointment was that I was living with someone already, also a very loving forgiving woman.  I was in my late 20’s, still feeling my oats, and very much torn between the two; very much feeling that I was missing something, that something was my freedom.  Like with the other summer help she was a student, I liked the “kids” and would give them my list of books I thought had meaning, and were well written.  Then at the end of summer all of them returned to school, life returned to the normal state.

My live in girlfriend and I were having problems, then things would settle down, we’d be at peace again for a time.  A long winter followed, things got worse and worse…,finally we decided that we should take a break from each other.  She moved closer to downtown, where she worked, and I stayed in the apartment because it was closer to where I worked.  I had a blast, saw what I was missing, of course the young woman stayed over a couple of nights.  When my girlfriend returned, I had had enough of living a monogamous life.  A few days later we went for a walk along the railroad tracks, I told her that things just weren’t working for me.  That I didn’t want to be in a monogamous relationship with anyone, that I was leaving not for someone, but for myself alone.  It was a very hard conversation to have, I believed that it was the more honest way to be.  We separated a few weeks later, she didn’t want any of our possessions even though I told her that I’d just have to get rid of them.

I setup a life by myself, I also made up for lost time.  The young lady and I became closer, but didn’t live together, but we did see each other on a regular basis.  She was very young, needed her space and time to grow.  Of course we had our disagreements, that’s the way life is, but we made-up and life was good for the both of us.  She was the longest relationship I had up till then, about 5 years, the closest we came to living together was 1/4 mile.

Of course there is more to the story, I’ll save that for another time.