The problem is that young women are not prepared to understand or handle a situation like this, an older man with power and influence was carrying on, saying this is the way its done in the business. To me its not surprising because the higher functions of the brain aren’t developed until later stages of development. That is the concern I have about expecting young models to think through all the ramification of posing nude. I also have problem with thinking these “kids” as full grown women. That they should be treated with all respects as fully grown people at any age is a given, early twenty are still kids. I don’t want to take advantage of them at that age, I run the risk of being seen as paternalistic, yes I will shoot young women, but my preference is 24 at least. Yes I do get a release, but to think that gives me the right to ruin someone life because they agreed doesn’t mean I can use the images indiscriminately. Maybe because of my younger man’s experiences, kids don’t make the smart moves at that point. That’s why I still ask the women who are in contact with me if I can use their images for whatever I am trying. Having developed my own brain has given me an appreciation of the not yet developed brains. I know a lot of photographers who say “well I have a release!” To my way of thinking, yeah you do, but you should ask first…, maybe she has a reasons (like kids) not to want to be exposed like that, or to use identifying information with an image.

I had a model who was 24 at the time, but a young very naive 24 yeas old, She came from a farming background, wanting to make up for lost time. I could see that she was testing herself, testing her limits. We’d been shooting nudes, she was tired of that, too vanilla.., so I said, partly in jest why not masturbate for the camera. NO she said, but I could see she was thinking about it, was she brave enough. Now don’t go jumping to conclusions, I knew she was ripe for someone to take advantage of her. I also knew the way I worked, knew that I would be willing to protect her and her images. She said yeah but I have to get comfortable. So I got some really lovely stuff mainly because she didn’t know any better than to fake it, so when she left she was happy as a clam. Only after she had second thoughts, asked her friends, they told her she was nuts, that her job was in jeopardy. I told her not to worry, I wasn’t going to do anything without asking first. I kept my word, but still doing that was her concern, what did I think of her really.., she wasn’t that kind of girl. Finally a few summers ago we had the chance to really talk. That I had thought of all the ramifications before we actually shot, that I was willing to protect her, while someone else might not. Told her that I didn’t think that she was that kind of girl either, that I respected her, that I was still protecting her and her images. She was so relived that I didn’t think poorly of her. We went though the images again, told her how proud of was of the both of us, that she needed an outlet at the time that wouldn’t harm her. So all is good between us at long last.

Not everyone works the way I do, with my past mistakes of my own, made when my brain wasn’t fully developed, I have learned a hard lesson. I think of a shoot a little like the Stockholm syndrome, a model gets so comfortable with a photographer, that she wants to please him or her. Then has second thought, but its too late by that point; any damage has been done if she has signed that release. I don’t want to be that photographer…, ever! I want to do the right thing by my models then and now. I think that’s the reason I haven’t had problems. I do the right thing, even if it cost me money. I have found that the rewards far outweigh any monetary harm. 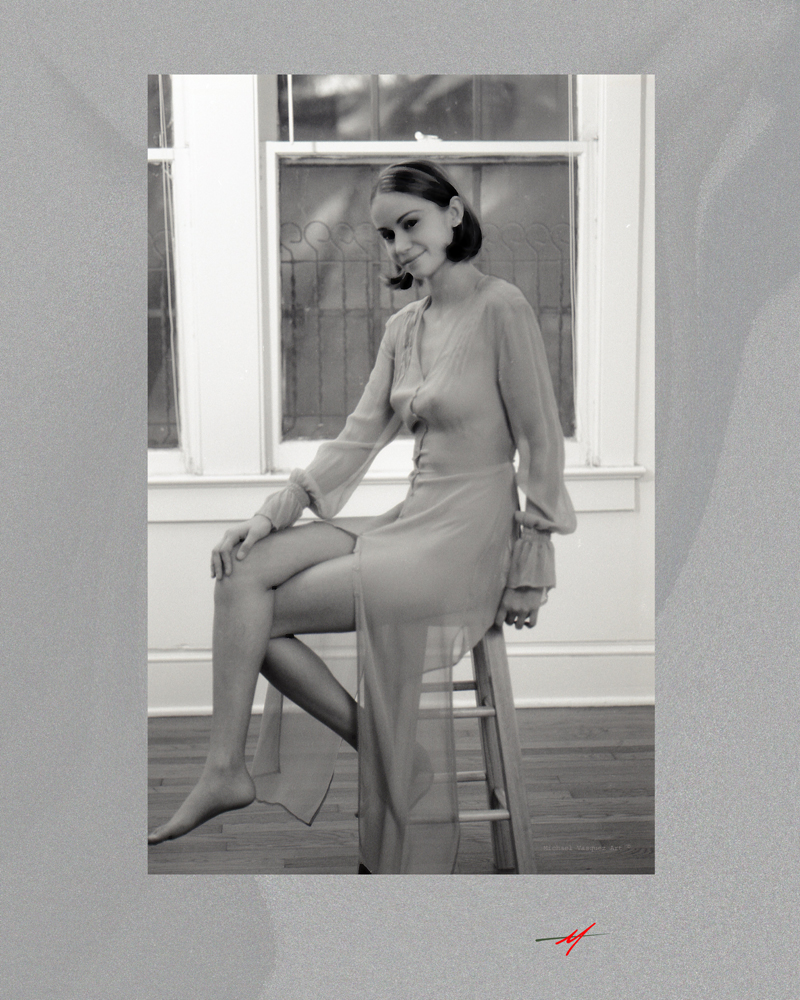