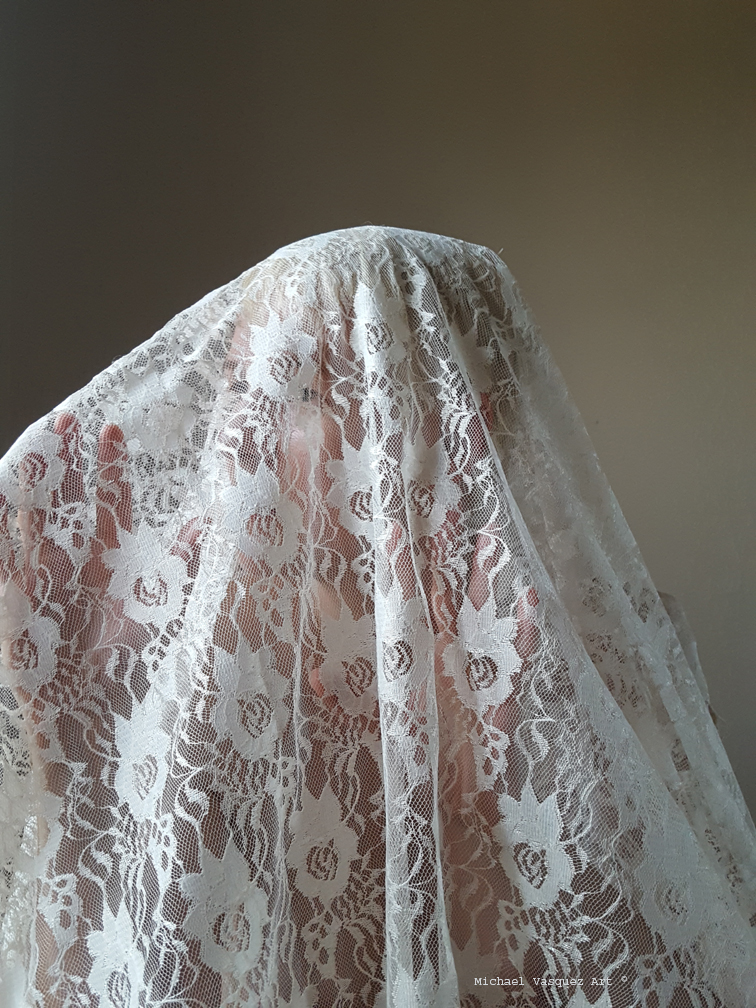 I am on summer hiatus figuring were to go next, and making it happen come fall.  New series test on the way with new models, summer is the time to test.  Please stay tuned!

Love the soft lighting in this test.  Still amaze this my Samsung phone did so well, those upgrades have helped.  Maybe a formal change to Phone Series 2018.  My model was very pleased at the results, may have convinced to shoot more for her Tumblr account.  She took me out for a birthday dinner at a fabulous little Italian place I found trough a food writer friend.  Kind of restores one faith in their fellow beings.

More to come so stayed tuned.

Another of the Test that Jean Dawson and I worked on.  I love the feel of this and the light, soft, the body hidden by the material.  Part of the new/old reality I am going for: portrait lighting.  Shot on my Samsung phone/camera.

New Series Test for Materials and Light, shot on my Samsung phone.  Sometimes the test turn out so well one has to share, special thanks to the ever lovely Jean Dawson.

Also from the “Not long ago, not so far away” file.  My buddy Esperanza in my apartment studio, with tan-lines.  A little firecracker of a woman, feisty as well as lovely.

Barely eighteen (18) years old, at risk, and a Latina. Much younger than the models I am comfortable working with, but she was at risk. We met for coffee, all attitude and bravado…, part of her camouflage meant to protect her. She was posing with a group of older men, some who even had film in their cameras. Her book was full of crotch shot, only a few of her face. As we went through my book I told her about her work, said I already have a manager! Yes says I, but he isn’t thinking about who you are, what you need to get out of this…, he’s doing a poor job.

She decided to pose for me anyway in spite of what I said. As she got ready she left to door open a crack, I could hear her humming. When she came out all attitude again…, a list of questions I was not to even think of asking. As we shot I could see her relax, lower her guard just a bit…, so I hit with my ploy, “Don’t smile”, gave her my stern look. That was all it took for the “Toughie” to turn into the giggling teenager she was. After that all I had to do was look at her, cock my head, and raise my eyebrow, the teen would just come out. A friend was posing for me one time, said I feel like an idiot…, the only thing that make me feel better is your acting the bigger idiot. I can work with that!

I treated her fairly then and now as a thirty-something year old. She is long past modeling, she a mom, trying different things and seeing what fits her best. I keep in touch, let her know what I am doing with our images. Let her know that when and if I sell, she will get her share. It’s the way I do business, the only way I do business.

From the series, “Long Ago, Far Far Away,  this image is from out adventure a little north of Toronto. A cement blockhouse way out in the middle of nowhere. One of my favorite spot to work, a small complex of building that in its heyday made cement products. I took a number of models out there, I say models, usually nurses I’d met at the hospital we work at. So remote that privacy was assured, bonding was sure to happen.

Some of the “models” work out, some did not, hard to tell how someone will work. Still we had a great time out in the wilderness.

Way back in my younger days, days when I was finding who I was…, what I wanted to be when I grew-up…, there was a girl. Her name, details about her are not important except that she was a lovely young woman, very kind. Ultimately we wanted a different sort of lives and loves. When we first got together she knew that I, at heart, was a photographer/artist…, I am not sure she understood all the baggage that entails.

She was adamant, if I wanted to shoot nude models she was more than willing to pose for me. I took her at her word, she became my live-in muse. All the ideas I had, but had never found a willing model she was up for. So I tested out my ideas, then tested them again till I got what I was trying to capture. Many long hours of getting her into position, getting the light just right…, and the dark. Always the dark, dark side of me, dark side of my life, and my art.

Once after posing for hours, I told her she could get dressed, I thought I had what I wanted. She looked up at me, said that I could shoot all the nude models I wanted to. I was so surprised I almost dropped the piece of gear that I was putting away. Not wanting to look a gifted horse in the mouth, I had to ask how come. Because you weren’t looking at me as a woman was her reply. No I said, the angles, the light, the darkness…, I tried to explain how I was seeing her, but not HER. She stood, patted my arm, kissed me on the cheek and said to enjoy myself.

So I did, I got a studio, brought women to the house to pose. Even got a couple of her friends to pose. I kept my part of the bargain, I was in it for the art of what I was trying to learn. All was fine for a few years, then they weren’t. We started bickering, then all out arguing…, we were no longer the people that we had started out being. I started to miss the life I had lived, the single life, then I found someone.

My muse and I decided we needed a break from each other to clear our heads , to think about this life we had together. She booked a room downtown, I stayed at the apartment, each of us were closer to where we worked for the week. By an unspoken agreement we each did out own things with who we wanted. For me it was that taste of freedom I’d wanted, a few nights with the new woman.

This woman I’d met didn’t want a commitment, she had plans for her life. She was content that I had a live-in girlfriend. I was perfectly fine with that…, except that it wasn’t fair to the live-in girlfriend. At the end of the week she came back. Then came the hardest talk I have ever had with a woman I once loved, still did in my way. It may seem cruel, I said I wasn’t leaving her for anyone else…, that I was leaving for me. That we weren’t happy and I didn’t see how we would ever be again. I was honest in that I missed my freedom, that I just didn’t want to be in a committed relationship anymore.

I was reminded of this phase of my life while listening to Sam Smith’s Midnight Train. How do you tell someone that you still love, that you do not love them in that way anymore. Which way is less cruel, staying with someone you don’t love,or to tell them why you are leaving them so they can move on with there lives?

Anyway, this image is from better days with my muse. Days in which I did love her, still do in my own way even after all these years have passed. I hope the life that she wanted turned out well for her. She still has a special place in my heart and mind. This image of a lovely part of her anatomy I always thought was very pretty. To be shared and not sold, just a special part of her that I was allowed to capture.

“I did then what I knew how to do. Now that I know better, I do better.” Maya Angelou

By the second shoot she was comfortable with me, the way I worked, and the way I respected her space. I’d told her that we would again be working out at the farm, but way off in a very rustic area.  Took her to the family graveyard, three old graves, a wooden fence surrounding the plot. This was to be a completely nude shoot. She worked very well, good poses, good movement. These are among my favorites, back-lit, motion, and soft focus. Arty shots.

In this piece I wish to convey the absolutely respect, admiration, and love that I hold for these women who trust me with their image and reputation. Because I shoot film it is difficult to show them before hand what I am after in my work. Because I shoot film I have a much greater resolution at my disposal, I can choose to use that resolution for good or harm. These women, some of them quite young in the span of what we know of adulthood choose to trust me. For me to return that trust with anything less than is unfathomable.

In the matter of a Seurat, I begin with a high-speed film, in the darkroom or Photoshop I manipulate the image. I base those manipulation off the brightest point in the piece, just as I exposed the film. Then I craft the image, lighten here, darken there…, just a touch! I love the gestalt, where “the sum is greater than the whole”. The seeming magic I call upon in “seeing” the final piece in mind-eye, of exposing and finally crafting the piece to come as close as I can to what I envisioned.

It is all magical to me, from that first moment I meet the woman for the first time, opening my book and my mind so she can judge in intent of my work. That moment when she agrees to pose…., then the time I get to see her in the eyepiece of my camera. All is magical, the way it happens, the actual shoot, all that goes into to making it a magical experience.

I love what I do, I love and respect the model’s…, most of all I love the trust. These women trust me to do right by them at that moment, and for those moments to come. Film last forever, reputation does not. I choose to do the right thing, the magical thing. I choose to let me my work stand for an idea, and not a graphic representation of womanhood.