In my early assisting days, I was in that learning phase of my career. I was hired by a local photographer full time, I slowly learned how the game was played. There was absolute dearth of information about how to earn a living as an assistant, it was left up to chance to develop my way forward. In the beginning I got the minimum required for the job I performed, as I learned more I about processing film and how to print I became more valuable, my pay went up. I was encouraged to become a shooter as well and that was a big help.

There weren’t many assistants in those days so I pretty much had the field to myself. My city was poor at that time, and very racial, that I learned as a small boy. I could see that the deck was pretty much stacked against me, so as I grew I developed into my own personal set of goals. To get by with blending in, not to draw attention to my ways. I knew that life was short so I decided to enjoy my youth while I was young. To work enough to eat, play, keep a good roof over my head, and help those that I came to love. In school I learned that I was in the working class, blue to white collar was my limited options. I found that I had a calling to working in wood early, I learned to help my teachers on their project. So naturally I found that when push came to shove I had something to fall back upon.

I moved to Toronto Canada while still a very young man, I was an avid watcher of the news, my moral compass was a prime motivation to that move. My first job was for a man who was opening a club, he needed help with the finishing touches. When I went to get my papers which allow me to legally work they asked what skill did I have, naturally I told them about the photography. The immigration man told me those jobs were for Canadians only, to pick something else to do. So for the next thirteen years I worked best with my hands and mind.

When I returned to the states I did not want to grow old as a carpenter, I wanted my dream. Back to square one in my search for work however now I had a goal for me, some knowledge. I even worked for a time in the retail end of the business, but when offered a full time position I quit. I worked for a time as a stringer for a bigger newspaper, then was hired to work with another photographer as an assistant. When business started to fail I started working as assistant to traveling photographers from all around the country and soon developed a reputation so I got jobs with national guys. The more I worked the more I learned. So when the market fell I decided to go to New York and ply my trade.

A side note: I have been having writer-block for the past few months. A lot has been happening like a new model and a visit with an ole friend. If you have read my blog you are used to a certain direction, I’ve decided to try something different here now. It is my hope that you will like the changes, and if you don’t…, well the changes are here. 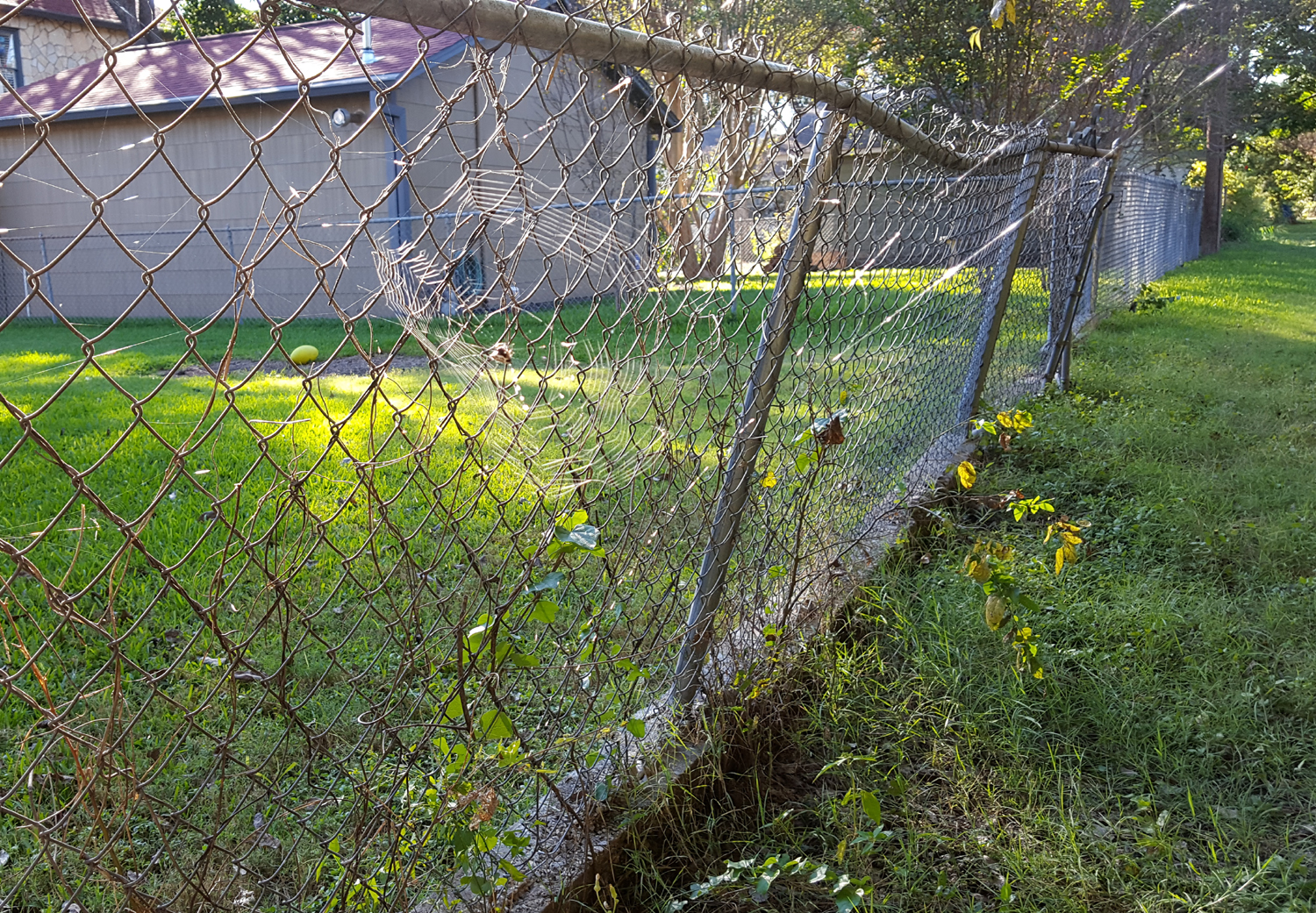 Just one of the surprises waiting on my Wanders down my alley-way.

I’m a happy camper after yesterday’s full day and I have no complaints, I couldn’t sleep yesterday so up by 5:30, and then on the road to lunch with my favorite model, stop by the lab and finally get home…., all on the bus.  I’ve reverted to the early adulthood mode of travel, taking the bus and then walking the last little bit, 3 or 4 blocks sometimes.  We’ve got early prototype mass-transit where I live, at the best of times it’s a thirty (30) minute wait unless you are lucky to be on a rapid line then every fifteen (15) minutes and then rounding out an hour wait if you live on a little used line,  I had a mixture of both.

First was the lovely lunch which I was only fifteen (15) minutes late for, my friend was all pretty in pink scrubs and she was looking over the menu when I arrived.  I told her I was thinking of metal prints  and they had four (4) different finish’s and I told her all about them from the little I know. Then I told her about the gallery I’m going to try and about the group show I’m going to trying to get.  Laid out all the plans and daydreams I have in the works.  Then a nice walk to the bus, a forty-five (45) wait and off to the lab.  Another forty-five (45) minute wait and I was on the way home after another short wait for the final two buses. 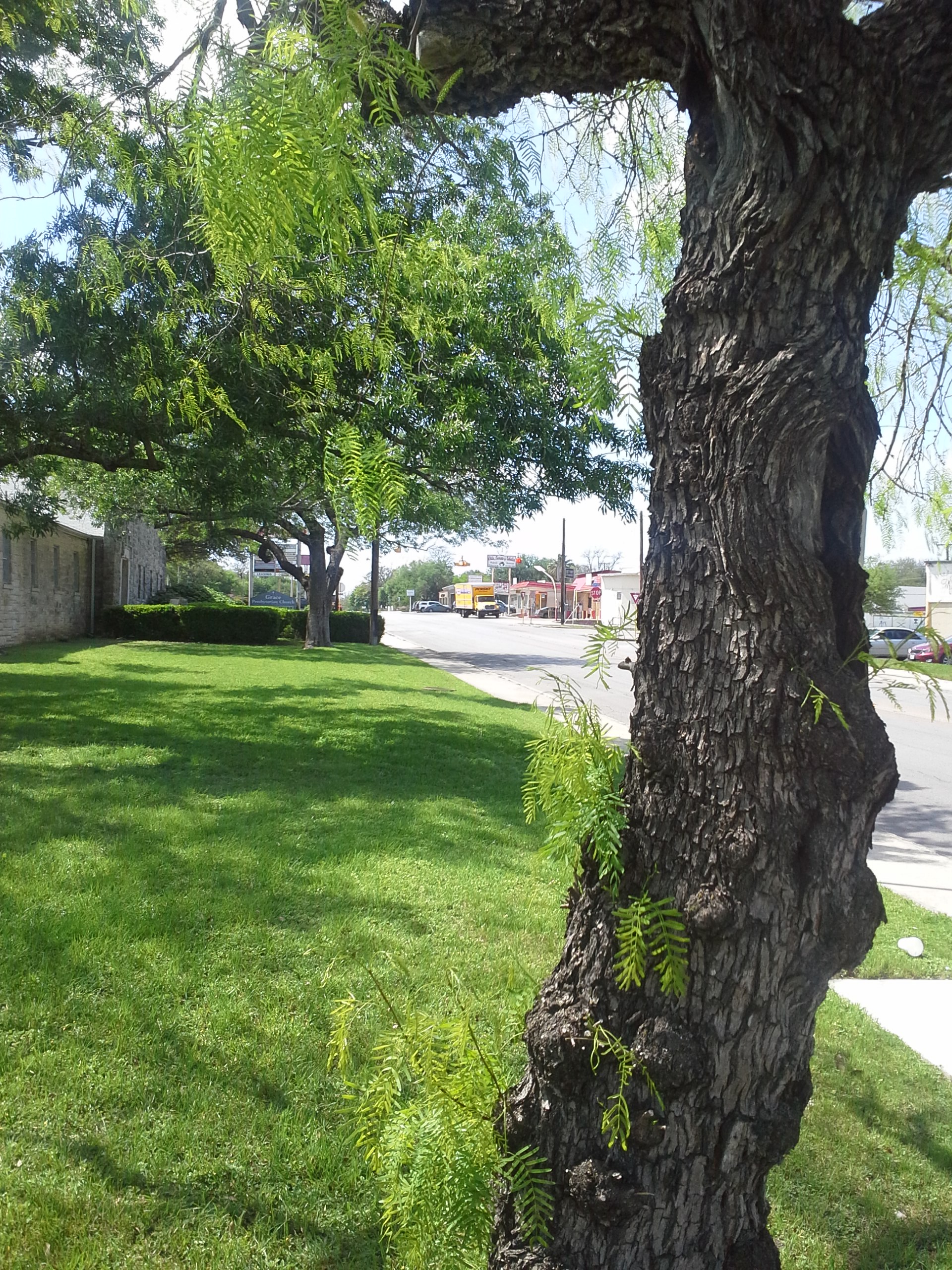 So today was my day to recuperate, so after the usual morning start I did my yoga routine for an hour of stretching my sore body.  I had about a twenty (20) minute wait under the trees, so I had plenty of time to do some “wander” photos with my phone.  So I walked down to the bus stop which is in a side yard of a church.    Mesquites come in lots of sizes and shapes, no two are the same like fingerprints.

Spring has sprung weeks ago and now things are bright with new growth, weeds are back with a vengeance as I continue to keep paths open in alley wanders.  Some neighbor have gotten to know me and wave or talk about the weather.  Others not so much, as they say, been in the same house for going on 11 years now.  And walking the alley for the last three, all the dogs know of me anyway.  Like the owners some bark and one coward goes berserk charging the gate, until the day I saw him trying to get passed the barrier holding it in.  As I hurried back the dog ran back down its driveway and barked it’s frustration as I secured the gate.  Obviously a crafty animal as the fence in place’s of pasted successful attempts has been reinforced leaving one to wonder if it has found a new sneaky way out. Intelligence at work and you have to admire the dedication and fear it a little as well.

One part of the adventure’s of the wander, encounters both pleasant and not.  More about other adventures as we go along here.  Spring has so many colors and some of the best are abloom.