My first gig as an assistant was gotten for me by my mother. After I had tried working with my mother, doomed from the start. Working with my mother doing collections was hell, she found a small pillow in the closet that she accused me of storing there. Again and again I told her it wasn’t mine, she thought I’d had girls up to her office. One of her girl’s finally said it was hers, I turned on my mother and told her to apologies. I told her that the word she was trying not to say was I’m sorry; no apologies I walked out.

I wanted to do theater work for the school, and since working with the AV Department junior school, now I would be working on school plays. But that wasn’t good enough for the dear, I got the word just as I was about to climb up into the catwalks on a newbie the tour. I did not know what I wanted to make my life work, but I’d know it when I found it, it sure as hell wasn’t working in a 9 to 5 environment. So to make it up to me she found a friend who had a photographer brother. So began a life long obsessions.

I had seen the ​​​​​​​​​​​​​”Blow-Up”, the movie loosely based of the English photographer Harry Benson I believe. I learned very quickly that as a lowly assistant, I was not the one to roll around with models. But as the owner of a set of keys to the studio it had it’s benefits. I have always found a draw to the human face, female faces in particular. Throw in an old building with a window I will find a model. So my knowledge of the basics of photography and the darkroom got me hired.

Along with my basic knowledge, and knowing how to answer a phone got me an introduction to the duties of an assistant. Clean the toilet each morning then sweep the place, and making coffee. As for shooting that was accomplished with the aid of hot lights, so I needed to know how to change a HOT light bulb. This was seat of your pants photography, most was daylight setups. I learned how to develop film as well as prints. Many long hours spent over rolls of 35mm film both Back and White and of Transparencies. One summer he hired another guy to work there as well, that summer we cleaned the drum drier canvas belt. That included putting the damn thing back together with the weight roller to provide tension.

We both got press passes that allowed us onto the grounds to Hemisfair, the state’s attempt at a worlds fair. The extra bonus was that having a press pass allowed us into the Press Club just for journalist. They allowed all journalist to drink, though the state did not. Same thing for the main Press Club just for journalist and their guess’s. But the real draw of the press pass was access to places without paying the admission to. We used those passes for all they were worth. We practically lived at Hemifair that summer.

But all things come to an end, I soon left the photographer I worked with, went on to the local newspaper.

My friend Loreena Mc Kennett from long ago and far far away.  She must have been in her mid-twenty’s when this image was taken.  Both of us lived in the Beaches and met at the watering hole we both frequented.  She hadn’t hit on exploring her Celtic roots yet and like several other singers friends she was living her dream.  They’d invite me down when no one else was showing up because I loved my wine, I tipped well and I wouldn’t embarrass them.  After a forty (40) absence I’d going to go down and meet her after her show. 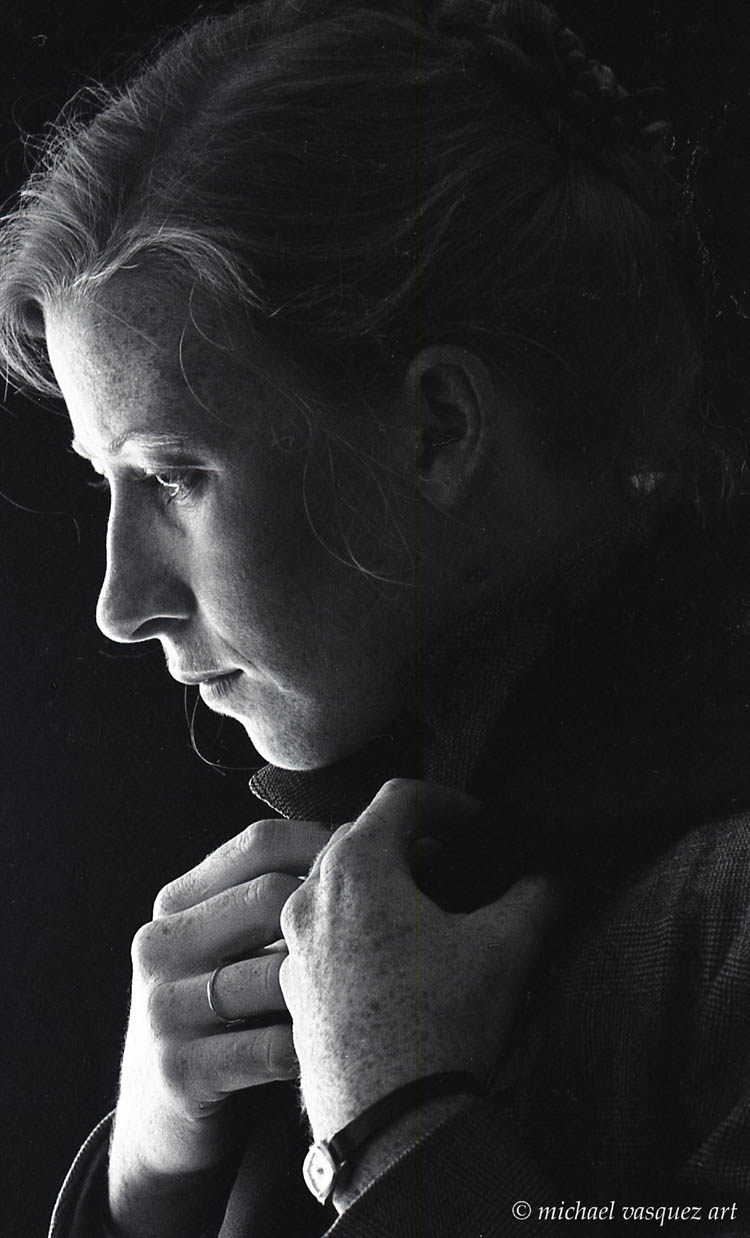